Saint Alban lived in Verulamium, sometime during the 3rd or 4th century. He lived during the period of time when many British were under the control of the Romans and at a time when Christianity was unpopular.

Alban’s journey to Christianity began when he met a Christian priest (now known as Amphibalus) fleeing from persecutors. Alban decided to shelter and protect him in his house. During this time, Alban became inspired by the faith, piety and charity of the priest. Alban soon began emulating the priest and eventually decided to convert to Christianity.

Eventually, those who were hunting the priest found that he was sheltering in Alban’s house. So, to give the priest time to escape, Alban dressed in the priest’s cloak and clothing and gave himself over to them. When the judge heard that Alban had offered himself up in place of the priest, Alban was sentenced to endure all the punishments that were to be inflicted upon the priest, unless he would comply with the rites of their religion. Alban refused, and declared:

“I worship and adore the true and living God who created all things.”

Every year group learns about St Alban and his sacrifice. This is an example of a year 4 pupil evidencing their knowledge and understanding of St Alban. 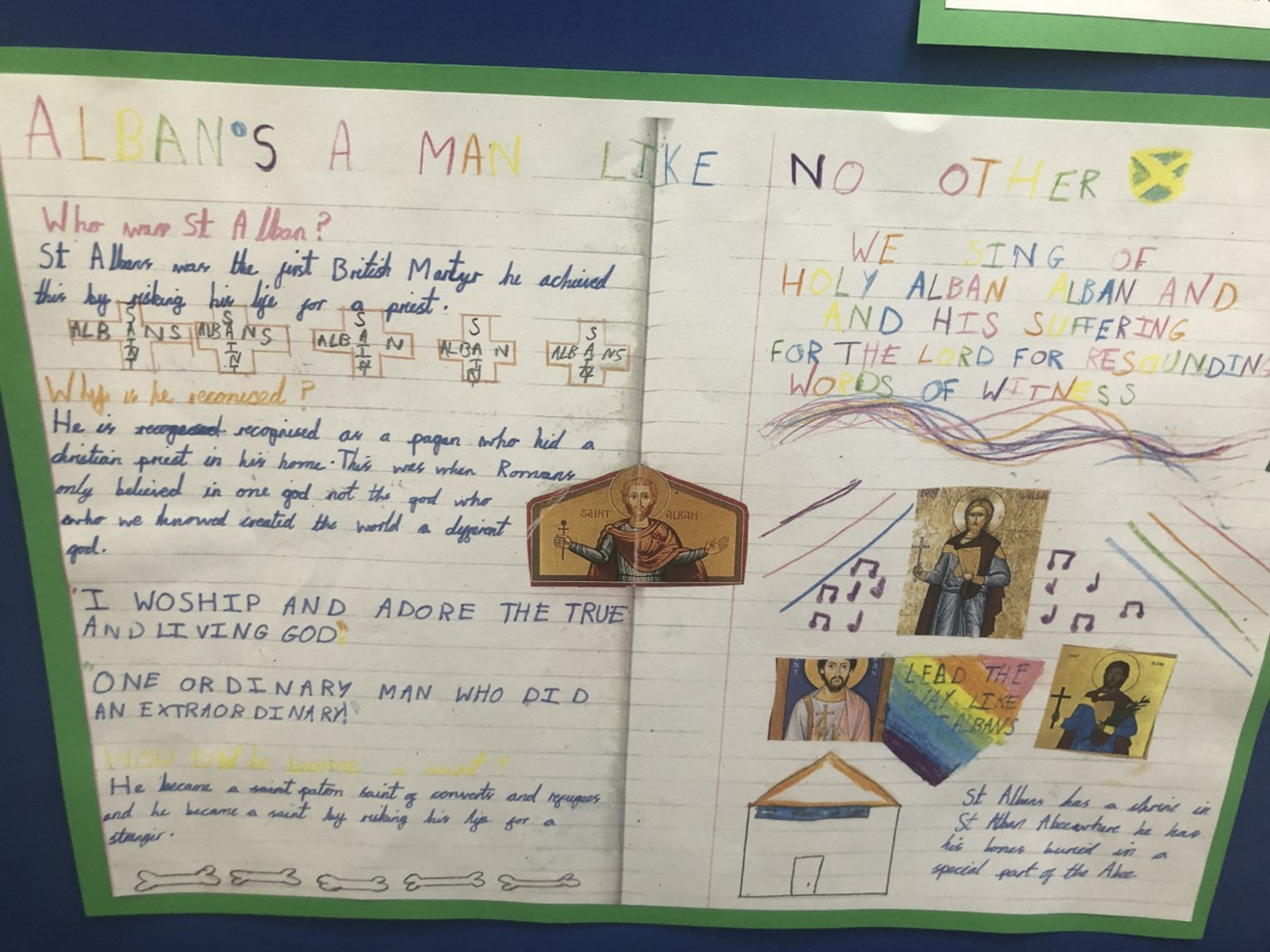 Among the roses of the martyrs brightly shines Saint Alban.
Almighty God we thank you for this place built to your glory and in memory of Alban, our first martyr:
Following his example in the fellowship of the saints, may we worship and adore the true and living God, and be faithful witnesses to the Christ, who is alive and reigns, now and forever.

Pray for us Alban, pray for us all saints of God.
That we may be made worthy of the promises of Christ. 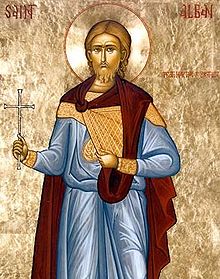